this week we launched the first beta of BinNavi 3.0 to select customers. We are planning to have a beta phase of 8 weeks with the final release of BinNavi 3.0 coming May 1st 2010.

Existing customers who want to get their hands on the beta version please send an email to support@zynamics.com.

In BinNavi 3.0 we have added many valuable features that once again make it faster and easier for you to complete your reverse engineering jobs. You can find the complete list of new features in the manual on our website. It’s quite lengthy so I only want to talk about the Top 10 new features in this post.

In previous versions of BinNavi it was possible to analyze x86 code, ARM code, and PowerPC code. In BinNavi 3.0 we have added support for MIPS code because MIPS was by far the platform we received most requests for.

Of course we have also added MIPS support to our static code analysis language REIL so your platform-independent analysis algorithms work on MIPS code too.

If you are a customer of our GDB Agent add-on, you can also debug MIPS-based Cisco routers like those of the 3600 family now.

For the longest time BinNavi has had support for fancy stuff like abstract interpretation but not for basic stuff like variable renaming. In BinNavi 3.0 you can now rename local and global variables. This helps you understand code better than with previous versions of BinNavi. 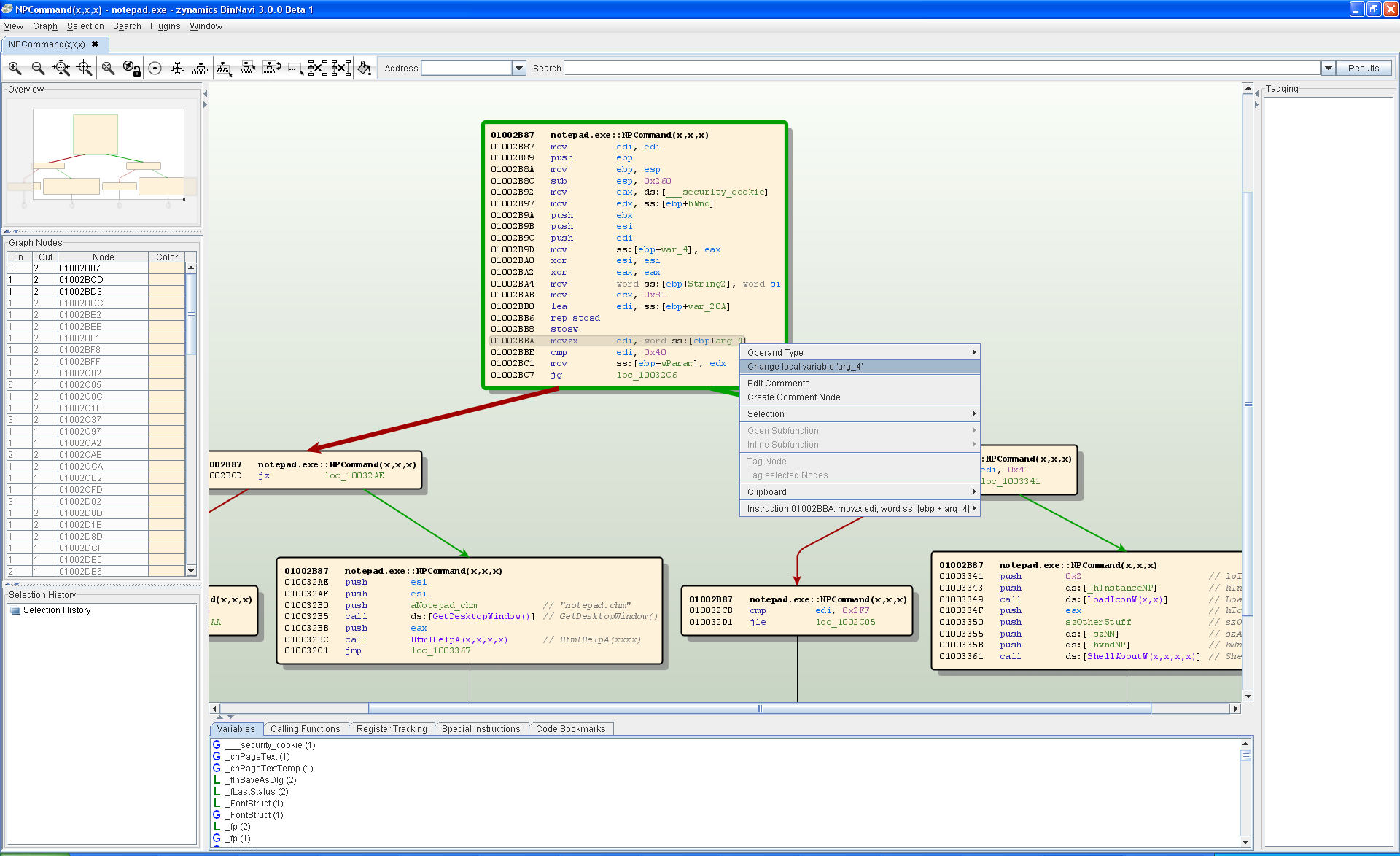 Find out where global variables are used

While improving support for variables we have also added a new view where you can see all global variables of a module and the functions that access them. This is very useful for tracking inter-function side-effects stored in global variables. 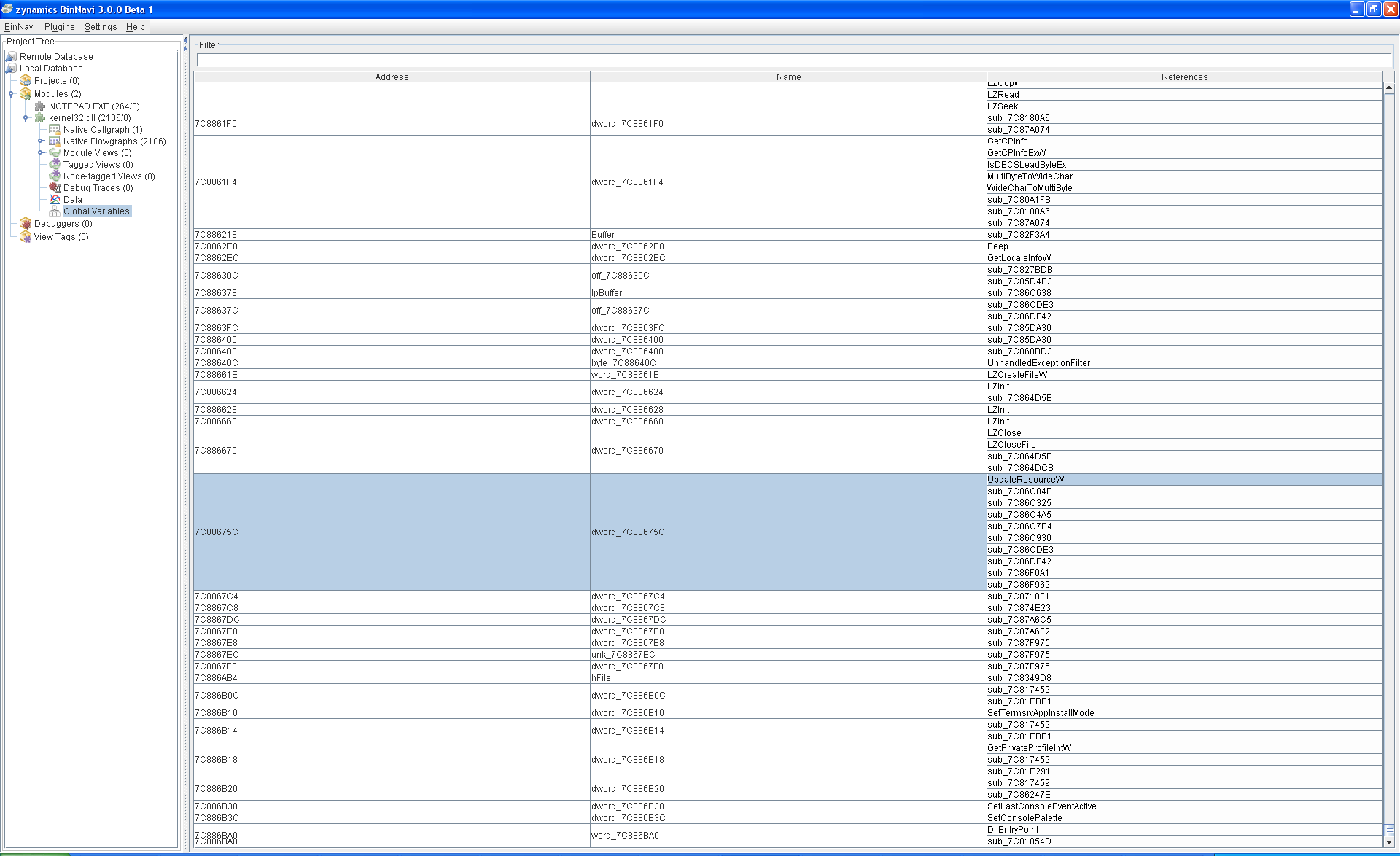 Quickly get back to your favourite projects, modules, and views

The ability to mark projects, modules, and views (like functions) as favorites is a really simple feature which turned out to be incredibly helpful in practice. With just two clicks you can now “star” items you consider important. Starred items have a small star next to their names and they always show up on top of tables. This makes it very simple to find functions again which you previously considered interesting. 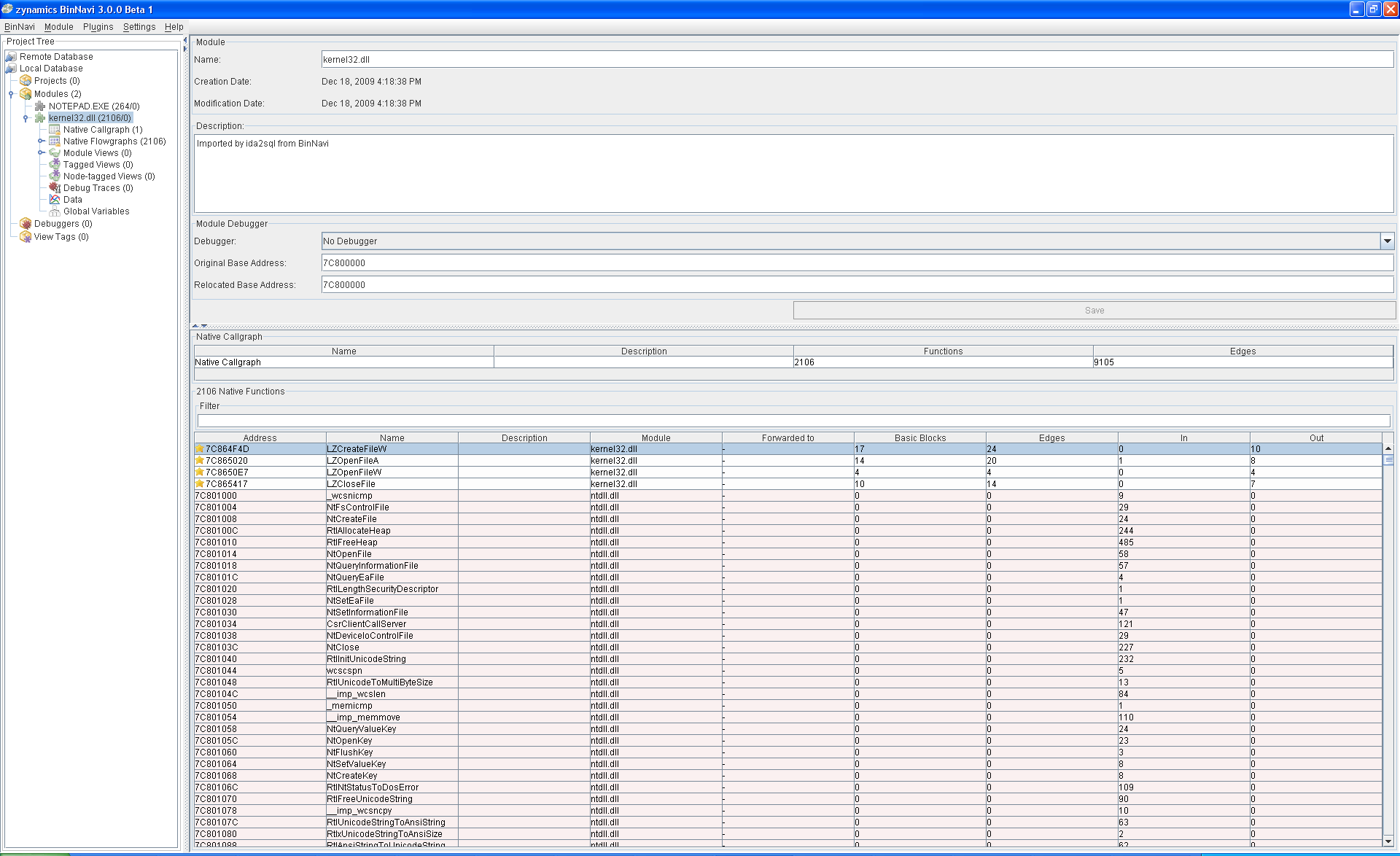 Favorite functions are shown on top of the list

Use a faster disassembly data exporter to get started

Before BinNavi 3.0 we used a Python-based exporter to import disassembly from IDA Pro into our BinNavi MySQL databases. This exporter was really slow and required a lot of additional software packages to be installed. In BinNavi 3.0 we have switched to a C++-based exporter which is blazingly fast (we managed to export more than 80,000 functions per hour here) and does not require any additional installs. Once you realize that your exports now go more than twice as fast as they used to you will love this exporter.

Another really useful feature, conditional breakpoints were added to BinNavi 3.0 to allow you to enable or disable breakpoints depending on the current program state.

Breakpoint conditions can include checks for register, flags, and memory values as well as for thread IDs. 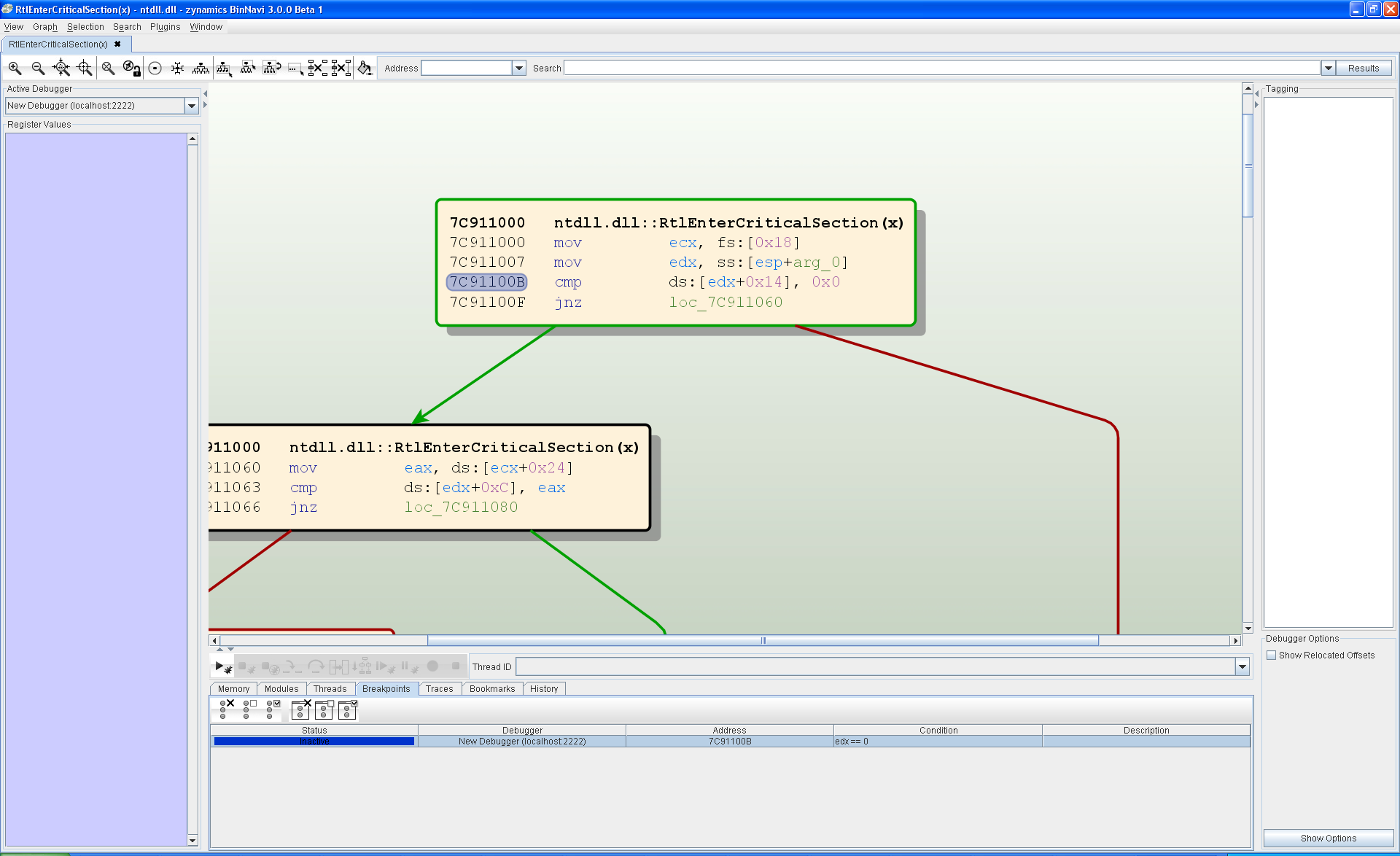 Editing the memory of the target process was previously not possible in BinNavi. In BinNavi 3.0 you can edit the memory of whatever process you are debugging using either the GUI or the plugin API. 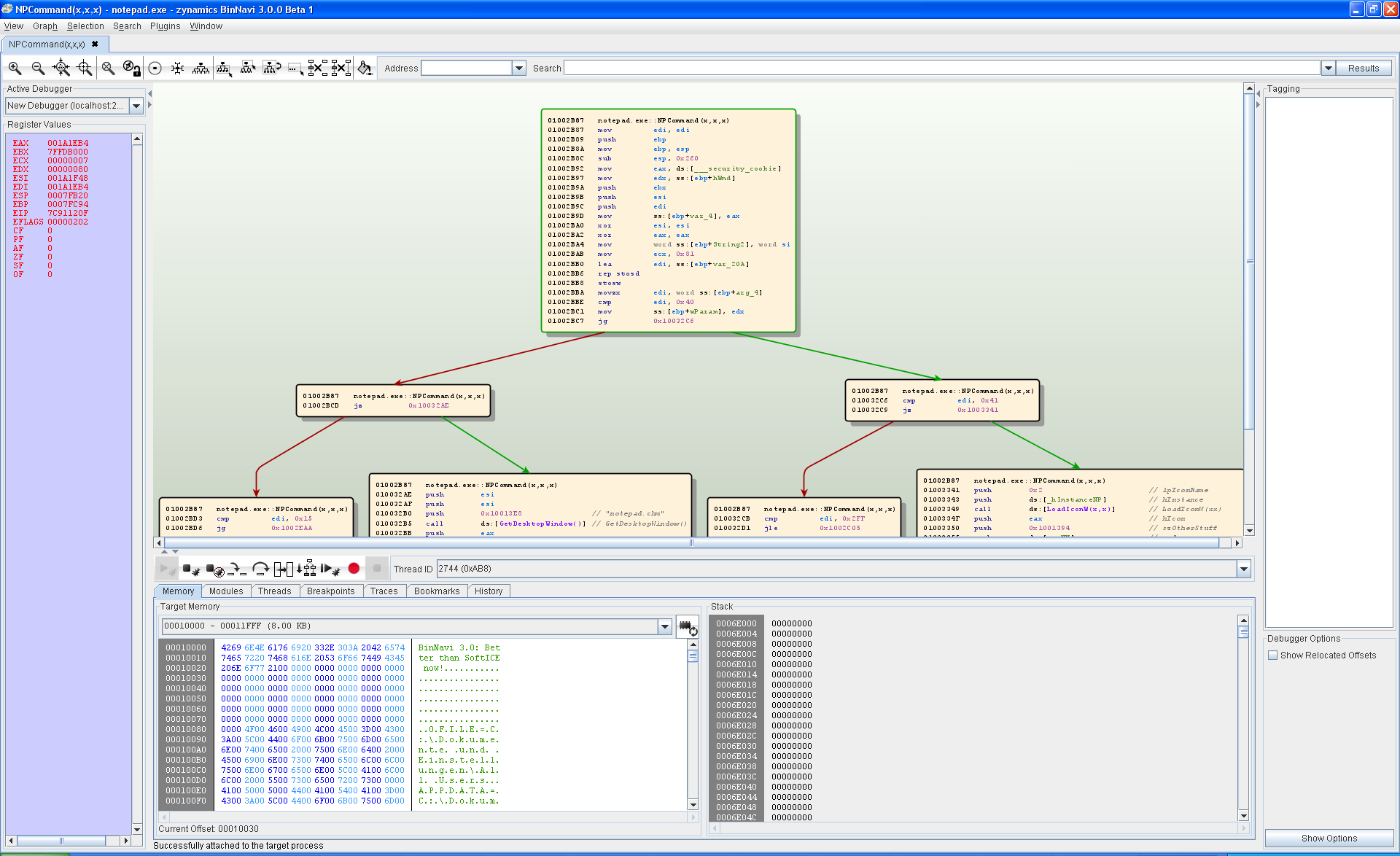 I have already written two posts on this blog dedicated to this new feature (see here and here). In essence, we have found a great way to help you find relevant code while debugging. 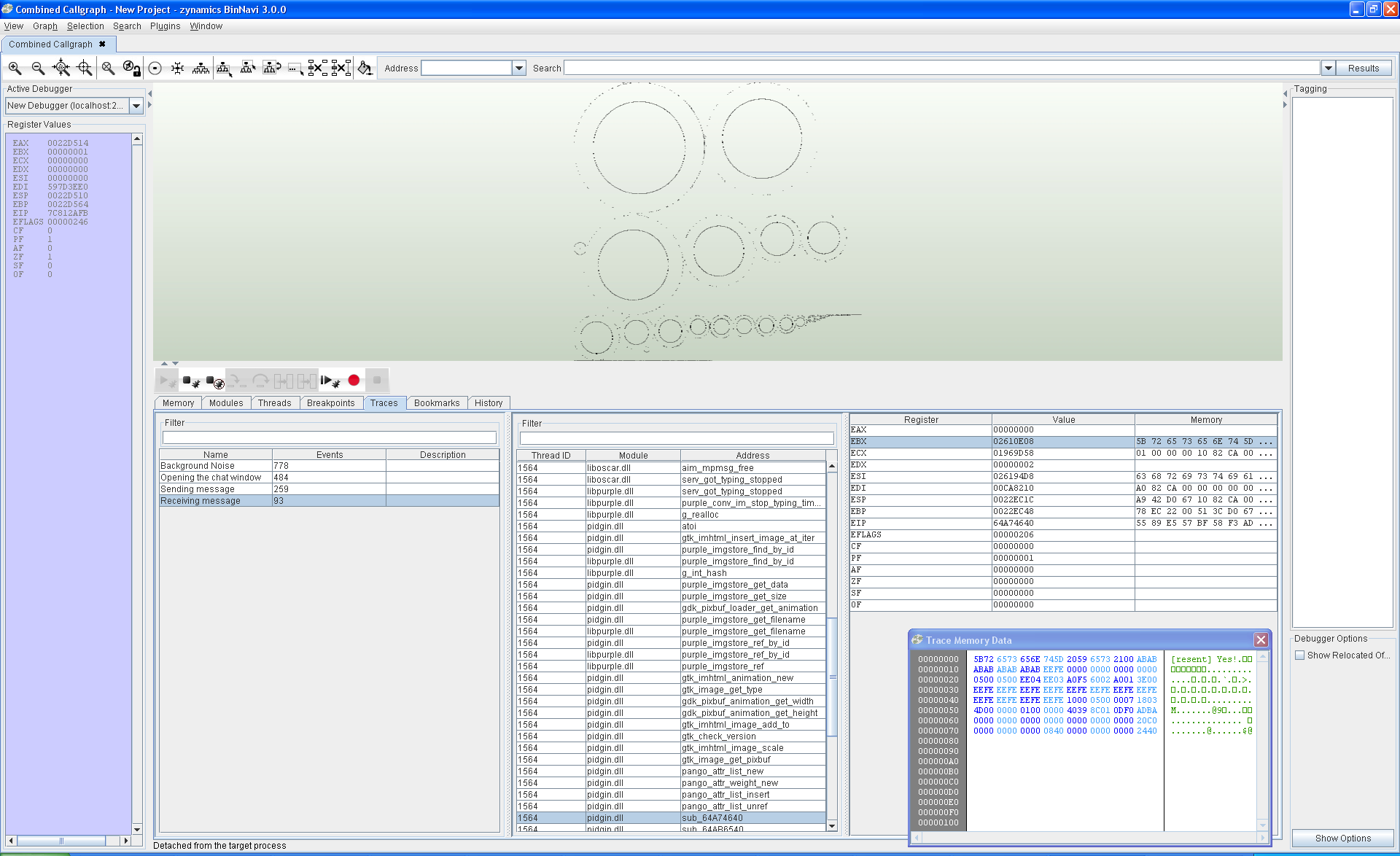 Quickly see where variables are used

You can now highlight instructions that use a given variable. This helps you quickly see where variables are used in a function. 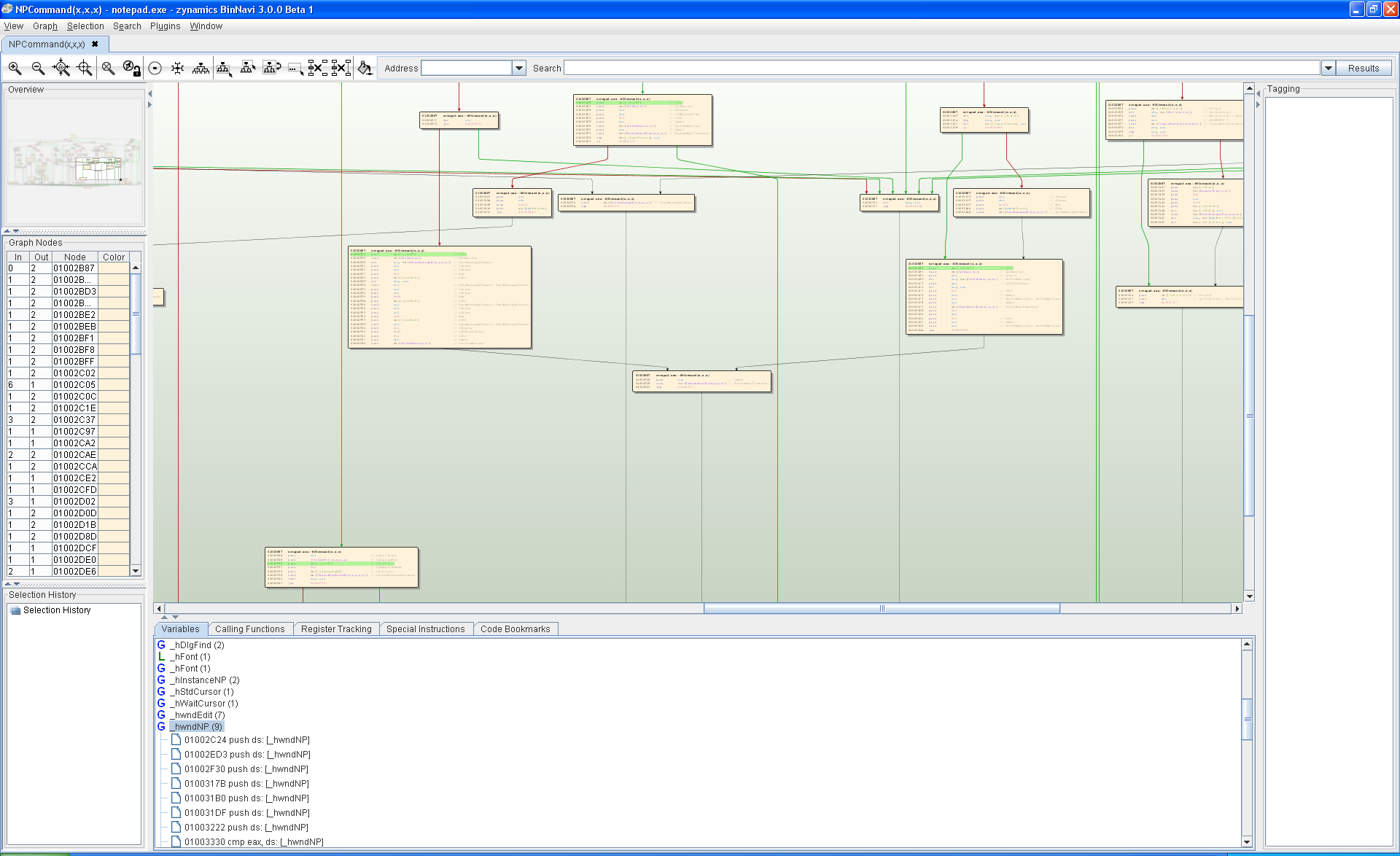 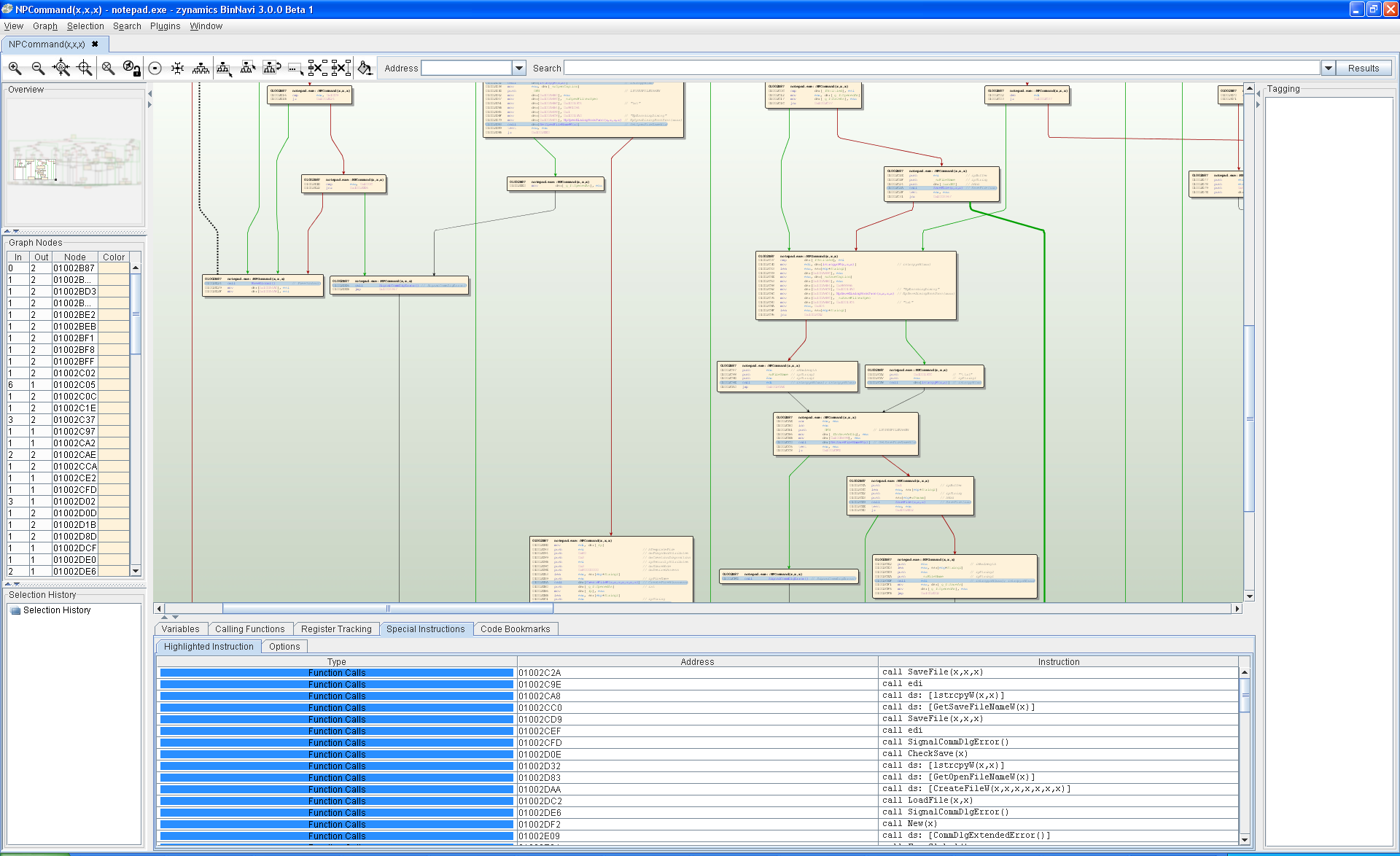 So, to wrap this up. Once again, many new features were added and many older features were improved. It was really difficult to pick a Top 10 for this blog post and if you have looked through the list of changes in the manual you might consider other improvements to be more important than the ones presented here.