Today we have released the second beta of BinNavi 3.0. We are now planning to release the final version on August 1st.

The main thing we changed since the first beta version was to improve the MySQL database format to handle large files better. This became necessary as more and more of our customers try to analyze really big images, like Cisco router dumps, with BinNavi. The second major change was to add compatibility with the new IDA Pro 5.7 which is now the preferred data source for BinNavi disassembly data.  Of course we have also fixed various minor bugs that have been reported by our busy beta testers since the first beta was released. 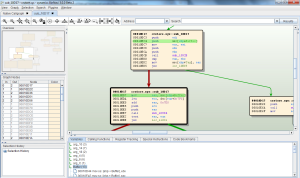 Screenshot of BinNavi 3.0: Highlighting all uses of the local variable Buffer

If you are already a customer of a zynamics product and you would like to get your hands on the BinNavi 3.0 beta, please send an email to support@zynamics.com.