A few weeks ago I already twittered a screenshot that showed what disassembled code looks like in IDA Pro after automatically importing function information from MSDN. Today, I have finally managed to upload our IDA Pro script, ida-msdn, to the zynamics GitHub account. If you are analyzing Windows executable files in IDA Pro you can now benefit from automated API calls documentation. 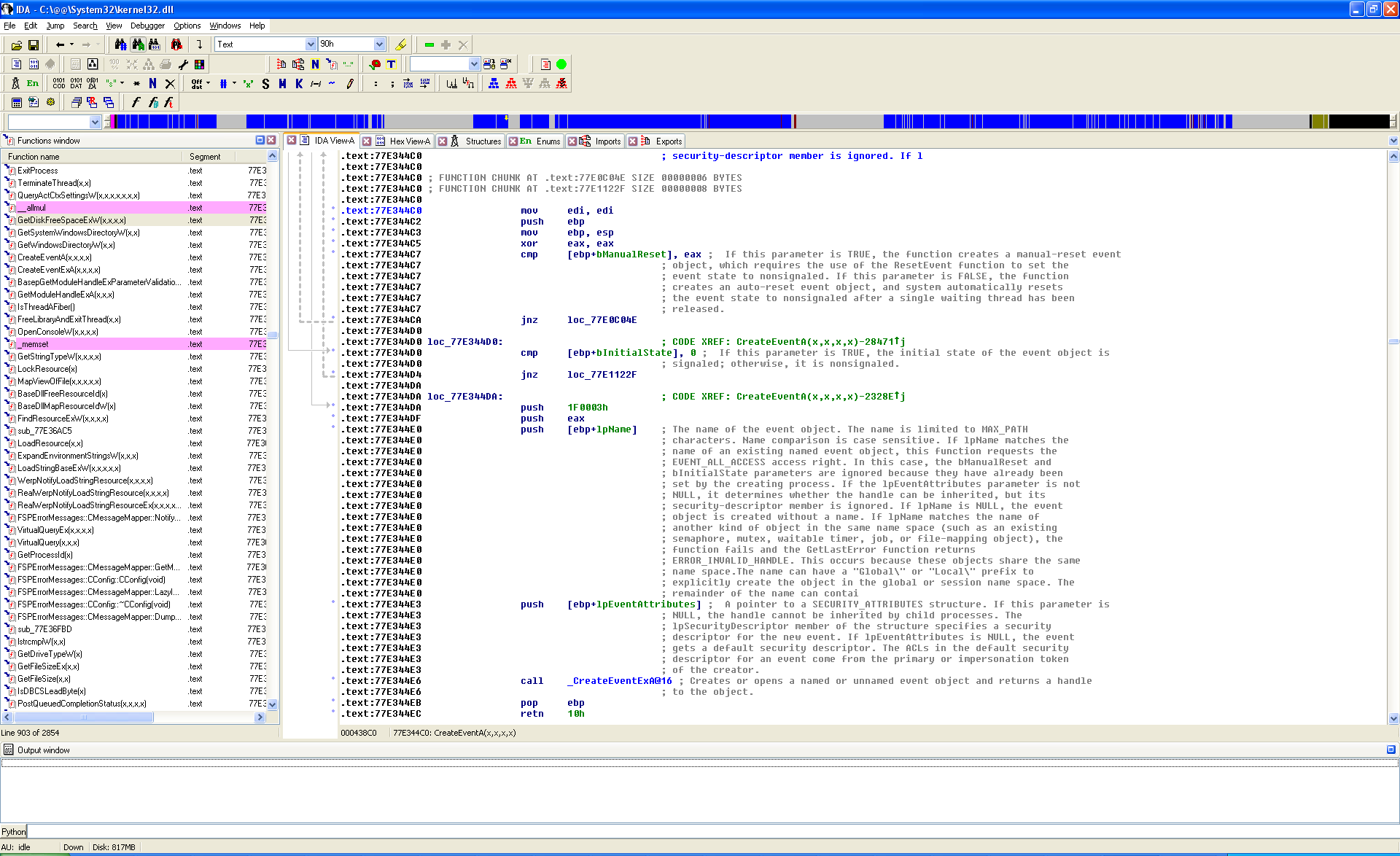 There is a slight problem, however. Since we can not distribute the MSDN documentation ourselves for legal reasons, you need to have your own local installation of the MSDN. Furthermore, the import process is divided into two parts.